Religion and the Politics of Medical Care

"Not with My Money!"

One way to maintain the public’s interest in supporting such efforts is to show that seemingly arcane or unlovely-sounding projects often have spectacular public benefits and people would support them if they understood their potential value. The “Golden Goose Award” was designed to celebrate just such success in research. The award was designed after William Proxmire’s Golden Fleece Award, in which the former United States Senator (D-WI) decried “wasteful” spending by bringing attention to publicly-funded research he believed to be useless or trivial. Proxmire awarded a Golden Fleece to a “useless” study entitled “The Sex Life of the Screwworm.” This study, by researcher E. F. Knipling, received $250,000 of federal grant money in 1955. But the value of the Knipling’s study later became clear when it led to a way to protect cattle from a devastating parasite, saving the American beef industry more than $20 billion. Perhaps we could draw a moral from this story: Projects that seem trivial to politicians and laypersons may, in fact, be centrally important and worthy of public support. Even projects that don’t yield such spectacularly lucrative results are valuable, since they can indicate other more fruitful paths for future research, and simply because they add to the body of scientific knowledge available to later generations.

Senator Proxmire’s objections were based on his view that public funds were spent frivolously. This objection is quite different from the objections of those who believe that some public projects are contrary to their fundamental principles, arguing that they should not be required to contribute to projects they believe to be immoral. When people feel that their moral or religious principles are being flouted, they are not likely to be mollified by assurances that public expenditure is cost-effective. 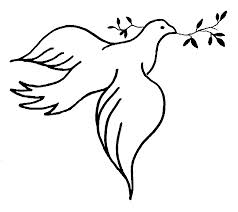 Several cases currently before the Supreme Court of the United States raise the question whether people may avoid participating in or contributing to a public program when they believe that it is at odds with their religious values. In this spirit, the chain store Hobby Lobby has filed suit against the Affordable Care Act (ACA). The ACA requires employers like Hobby Lobby to provide health insurance for full-time employees, including coverage for contraceptives. The owners claim that this requirement violates their religious liberty, since their beliefs forbid them from paying for contraceptives that prevent the implantation of a fertilized ovum. The owners are opposed to abortion for religious reasons, and in their view, such contraceptives are abortifacients. For similar reasons, Conestoga Wood Specialties Corp. and Autocam Corp. also have argued that the ACA requirement violates their right of religious liberty. It is likely that these cases will be the next important legal test for the newly-implemented health care law. 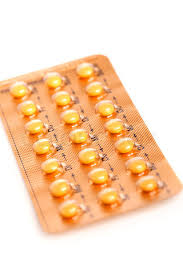 But some groups have argued that the requirement to sign this form is itself an excessive burden on their conscientious religious convictions. Advocates for the Little Sisters of the Poor, a group of nuns who care for poor elderly and disabled people, have argued that the exemption form effectively requires the members of this organization to request that the government provide contraceptive services the members regard as immoral. They urge that their convictions do not permit them to make such a request. For this reason, Mother Provincial Loraine Marie Maguire holds that the requirement that she sign EBSA form 700 is a violation of her religious faith as protected by the Religious Freedom Restoration Act of 1993 (RFRA).

In response to this claim, the United States Solicitor General urged that the form Mother Maguire will not sign is expressly intended to secure her rights under RFRA. The case, he urges “is not about the availability or adequacy of a religious accommodation, but rather about whether a religious objector can invoke RFRA to justify its refusal to sign a self-certification that secures the very religion-based exemption the objector seeks.” (Solicitor General Amicus Brief, p. 3) The Little Sisters’ appeal is especially poignant because there is little doubt that their petition is based on deeply-held principles of conscience, and they are just the kind of non-profit public service organization the framers of RFRA endeavored to protect. In response to the Little Sisters’ petition, Justice Sotomayor issued a temporary order relieving the Little Sisters of the immediate obligation to sign the government form while the case is reviewed.

In reviewing these cases, the Court is presented with conflicting arguments. First, American jurisprudence has a strong tradition requiring reasonable accommodation for individual religious convictions. While there is no reason to doubt the sincerity of the complainants in these cases, some critics still question their beliefs about the contraceptive measures that are covered under the law. This raises a second consideration relevant for evaluating the claims made in these cases – there is no scientific evidence that the measures in question cause abortion. On the contrary, evidence suggests that they work by preventing implantation, not by causing the expulsion of a fertilized ovum. A brief submitted to the court by a group called Physicians for Reproductive Health (PRH) urges that the concerns expressed by Hobby Lobby and the Little Sisters simply reflect ignorance of the scientific evidence: “The medical and scientific record establishes that the emergency contraceptives approved by the FDA, as well as the approved intrauterine devices, do not interfere with pregnancy and are not abortifacients, because they are not effective after a fertilized egg has successfully implanted in the uterus.” But it is not clear that the evidence cited in the PRH brief constitute an adequate response to the complainants’ concerns. While the products in question do prevent implantation, they may result in the expulsion of a fertile ovum. Those who believe that “life begins at conception” (or that personhood begins at conception) may still have concern that these products involve ending a human life. If it is that concern that drives their objection, then the problem will not be put at rest once we consider the scientific facts.

A third consideration may be decisive: contraceptive care is now widely accepted as part of ordinary, minimally acceptable medical coverage. The court has recently agreed that the Affordable Care Act supports a legitimate government interest to ensure that all Americans have access to basic health care services. It is unlikely that the Justices would permit people to opt out of providing other ordinary and necessary medical procedures because of their particular religious convictions. For example, if some group wanted to opt out of policies that provide vaccinations or blood transfusions, it is not likely that the court would support their claim as an exercise of freedom of religion. It therefore seems unlikely that the court will opt for a solution that treats contraceptive care differently from other standard medical care.

It is difficult to predict what the court will do with these cases. American constitutional law does provide special protection for religious liberty, but these protections are not absolute. Rather they require the government to show: (1) that legislation that burdens religious practices must further a compelling government interest; and (2) that the option is the least restrictive means to accomplish this purpose. There is good reason to expect that the court will rule that the ACA “furthers a compelling government interest.” In the case of the Little Sisters’ reluctance to sign the exemption form, it does seem that a minimal accommodation might be possible that would relieve the plaintiffs of the obligation to sign the form but which would still provide employees with the relevant coverage by other means.

An exemption for-profit companies like Hobby Lobby and Conestoga Wood seems less likely. If the ACA is found by the Court to further a compelling government interest, and if contraceptive care is included as part of basic, ordinary medical care, then it is difficult to see how private companies could be exempted from the requirement to provide coverage for this care. And it is much less clear that RFRA applies to for-profit corporations, or that corporations as such can have religious convictions to be protected by constitutional safeguards. This, however, is one of the important questions that will almost certainly be settled only after the Supreme Court has ruled on these cases. An earlier decision by the 10th circuit court ruled, controversially, that corporations are “persons” with constitutionally protected religious rights, relying on the earlier Citizens’ United case as a precedent for this claim. As Judge Timothy M. Tymkovich wrote in his majority opinion, “We see no reason the Supreme Court would recognize constitutional protection for a corporation’s political expression but not its religious expression.” Many groups have filed briefs on behalf of the complainants urging similarly that corporations’ should be recognized to have constitutionally protected religious rights. But even if the Supreme Court were to accept these arguments, it would still need to determine how extensive such corporate rights should be. As discussed earlier, taxpayers and corporations are regularly required to pay for government programs even when these programs violate their principles, or the principles of their owners and managers. To allow conscientious objections in all such cases would make many necessary government functions impossible and would provide an easy opportunity for fraud and misrepresentation. If people could be relieved of the burdens associated with regulation simply by claiming to have a principled religious objection, we could reasonably expect to see a proliferation of spurious and opportunistic claims.